The largest Grass Roots initiative of the German Football Association 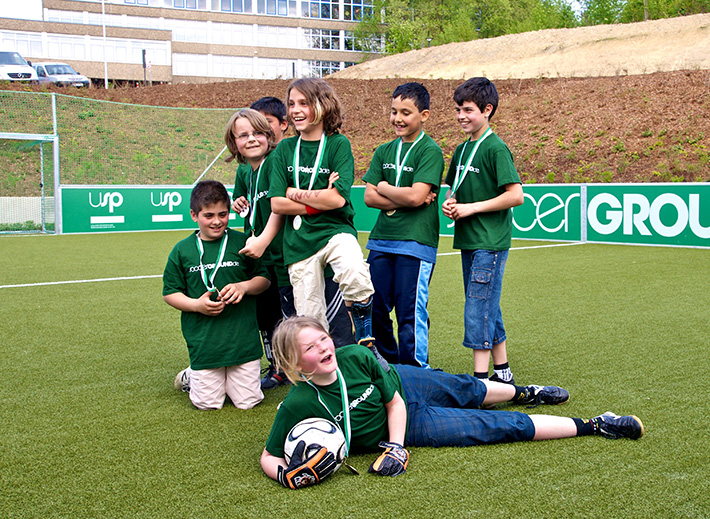 Following the German national team's poor performance at the 1998 World Cup and the European Championships in the year 2000, the DFB (German Football Assocation) drew up a 10 year plan to discover the next generation of talent and promote their development. The biggest and most sustainable boost to youth development was the “1000 Mini Soccer Pitches for Germany” project, financed partly through the UEFA Hattrick Programme and partly through DFB funds generated from staging the 2006 World Cup.

Over 5,000 schools and clubs submitted applications for a DFB Mini Soccer Pitch grant, with a grand total of 1,019 locations ultimately successful. The selection of Mini Soccer Pitch sites was made to ensure the best possible distribution throughout the regional federations and on a local level.

Looking at the positives to come out of the Euro 2000 disaster, the DFB is now reaping the benefits of a vast pool of youth talent. The course of action decided upon to revitalize youth development after such sporting setbacks almost two decades ago has certainly been vindicated.